With the consequences of climate change being felt so acutely through flooding in both Pakistan and Victoria, the urgency of transitioning to green technology has never been higher. Lithium, a component in batteries that are used in a number of green innovations, notably in electric vehicles, has become a key resource. This gives countries with deposits, particularly Argentina, Chile and Bolivia, the opportunity to extract and sell these minerals, making economic gain while helping the effort towards a cleaner future. But is this a good thing for these economies?

What is the “Resource Curse”?

Intuitively, it seems that any country would benefit from a market for their extractable natural resources, with economic rent injecting wealth into their economy. However, the notion of a ‘resource curse’ – resource abundance leading to poor economic performance – has been developed, stemming from the Dutch experience with extracting oil resources. The theoretical explanation for this phenomenon is as follows.

Rising income from resource extraction result in the spending effect. This is where spending increases as the government, consumers, and the private sector are more willing and able to increase expenditure. This increases demand for all goods, including imports, and with a flexible exchange rate the domestic currency appreciates. This decreases the competitiveness of lagging tradable sector exports (i.e. all exports other than resources), as these products are now more expensive internationally. Simultaneously, domestic imports become cheaper and therefore more attractive to consumers, meaning the country’s balance of trade worsens.

Overall, the resource curse is predicated on the idea that resource extraction, through currency overvaluation, creates a dangerous dependence on extraction by damaging other export sectors. While lithium deposits may appear as a blessing to South American countries, they must necessarily be aware of the other economic implications of extracting a resource so crucial for a green future. 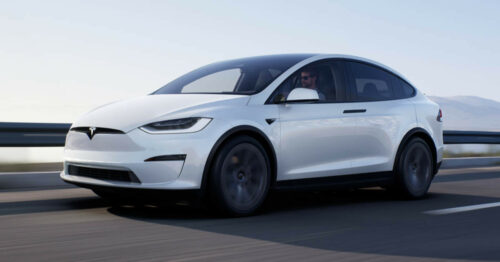 The Resource Curse, EVs and Lithium

Lithium, a chemical element mostly used in the process of creating ceramics and glass, is an apparent blessing for South American countries, especially as the electric vehicle market (EV) starts to accelerate and slowly overtake traditional vehicles.  This comes as lithium is a key component in rechargeable (lithium-ion) batteries used within EVs. With the increase in demand for EVs comes an increase in demand for lithium to charge them up. To meet this demand, lithium mining companies have increased their production in the past few years.

A large player in the lithium mining sector is Sociedad Química y Minera (SQM), based in Chile. Its main interests are industrial chemicals  such as sodium nitrate and potassium, but in particular lithium, for which there is an abundance in Chile, particularly in the Atacama desert. Chile is one of three countries that make up the South American “lithium triangle”, the other two being Argentina and Bolivia. These three countries together are estimated to hold over half of all lithium reserves in the world. As such, the large demand for lithium is predominately based within these three nations.

These three nations however have experienced this resource boon differently. Chile, for instance, is the world’s second largest producer of lithium, behind only Australia in 2021. Whilst the demand for lithium goes up, meaning the price of lithium per unit has increased, Chile’s lithium mining sector is still a fraction of its copper mining industry in terms of exports. One explanation is that the current strict laws require many sustainability approvals and checks, which may take months or years to complete, before the first ton is extracted. Interestingly enough, the newly proposed Chilean Constitution (that was rejected) had more strict regulations than what is currently used today. Despite this, Chile is considered to be the most advanced out of the three nations in lithium extraction.

On the other hand, Argentina has struggled with getting more lithium mining projects opened. As of 2020, there were only 3 large projects in the region, with 2 in operation. This is rather interesting, as Argentina’s model of contracting foreign lithium producers is much less restrictive than Chile’s state-centred model. However, 2022 has proved to be a potential turning point for Argentina, with the Argentina Lithium & Energy company announcing 5  land plot acquisitions to develop mining facilities and eventually industrialise in Argentina.

Bolivia is by far the least developed out of the triad. There are three main reasons as for why this is the case: lack of skilled workers, environmental and local challenges, and the very government-centric style of contracting that the Bolivian Government offers to foreign investors and miners. The first and third reasons are interconnected: tough government regulations on foreign companies, as well as the general distrust of foreign intervention in the country. As a result of these sentiments, former president Evo Morales had banned foreign agents from having any sort of stake or interest in Bolivia’s lithium rich desert fields. As a result, many skilled workers with the expertise and knowledge in lithium extraction shun Bolivia – as Bolivia seemingly shuns them too.

The second reason is something all 3 nations have in common: in the desert fields in the Andes, there are indigenous tribes and villages that have lived there for millenia. Extraction of lithium affects crop yield, soil quality, leading to less feed for both humans and animals, in turn leading to potential starvation and hunger. The actual process of extracting lithium also takes a lot of water: around 500,000 to 2 million litres to create one ton of lithium. This means less water for the farmers of the region, which has large implications on the futures in the area. However, new industry brings new jobs, for which some residents are optimistic about. Regardless, new technologies in the lithium mining field must be developed and implemented to mitigate environmental and social concerns.

What can we do?

While one would expect that countries rich in natural resources would experience large economic benefits from exporting these resources, it doesn’t always pan out that way for reasons discussed above. While natural resource abundance has significantly benefited countries such as Canada and Norway, it has caused harm to countries like Venezuela, Sudan and Indonesia. Multiple studies suggest that good governance is the deciding factor. So, what can be done to ensure being resource rich is a boon, or at the very least, not a curse?

One aspect of the resource curse is increased government authoritarianism. This is because as governments increasingly gain resource sector revenues, they become less reliant on individual tax revenues and subsequently less responsive to citizens. A possible remedy for this is redistributing wealth directly to citizens, perhaps through the infrastructure and investment policies suggested above, and ensuring citizens are adequately represented in the national budget.

The environmental challenges resource wealth poses to the locale of extraction sites can be mitigated fairly simply. The contract for the extraction project should address these challenges as well as outline by who and how these challenges will be managed. In terms of Lithium resources, Chile’s example could be followed by Argentina and Bolivia.

Overall, the resource curse is a particularly relevant phenomenon today. With the expansion of the EV market, lithium is fast becoming a key resource that will power our future. Understanding the impacts of its extraction on the countries most heavily endowed with it is important. Only the future can show if the demand for lithium will result in increased environmental and economic prosperity for all, or blemish our image of the apparently “clean” EVs being sold to consumers around the world.

I am a second-year Bachelor of Arts student majoring in English and Economics. When I’m not deep diving into the structure of the education sector or the way the share market works, you’re likely to find me on top of a mountain peak somewhere else in Victoria.

I am currently in my first year of my bachelor of commerce, majoring in economics and finance. I’m from New Zealand, and am interested in international relations, economic development, and political economy. In my free time I love to play tennis and get involved in debating!

I am a Bachelor of Commerce student majoring in Finance and Economics. As a writer at Cainz, I aim to provide engaging and well-researched articles on unique topics. My main interests lie in the energy transition as well as technological developments.