Today’s music business would be unrecognisable for a record label boss from twenty years ago. The unrelenting march of technology, and a young audience under the influence of algorithm, have twisted the art of hit-making, unleashing a ‘digital Wild West’ where AI artists, crypto-backed VR concerts and gaming-music partnerships fumble about. The legacy structures that were already set on a path of unraveling with the rise of streaming and artist-owned labels are both slowly and rapidly dismantled by new forms of artistic expression, creation and consumption that, importantly, reach beyond the global north.

The democratisation of music creation: AI, TikTok and subscriptions

Labels and producers with access to well-equipped recording studios long wielded the power to decide who, when and what reached the ears of the masses. However, the advent of sophisticated, yet affordable creative tools such as AI assisted composers (think Boomy) and speech synthesis technologies from the likes of Replica Studios mean that producing audio content for songs, film and games have never been more accessible. People who hardly considered themselves artists are able to produce music that sounds good enough to reach the fabled viral status.

The democratised beatmaking is greeted by the rapid opening up of music distribution channels through social media and audio sharing platforms such as SoundCloud. These platforms have enabled young upstart creators to reach fans directly and curate powerful brands that could be monetised, cutting the label middleman. Indeed, numerous rising artists have now debuted their songs on TikTok and Instagram (highly recommend ‘Maybe my soulmate died’), while many of those apps also allow users to repurpose music with remixes and mashups that express their creativity in ways that fuse genres. While social media introduces their soundbites to the millions, artists are also able to build subscription based fan communities who receive exclusive content through the likes of Patreon, DeviantArt, and yes, Only Fans, earning recurring revenue.

Simultaneously, machine learning and AI is expected to simplify and optimise marketing for artists as algorithms will use consumer data to make playlist recommendations that fit the specific user, her mood, location and time. This enables artists to reach audiences that fit their content more efficiently, cutting marketing costs while driving revenue.

While this new model does not mean the death of record labels, it will force the old guard to change its approach. Stephen Phillips, the CEO of media and entertainment incubator Mawson, argues that the empowerment of artists through social media will result in labels becoming a VC of sorts, providing financial backing to artists, while the musicians enjoy greater freedom over artistic endeavours and brand building.

As the world enters a post-peak attention economy, music platforms are now in direct competition with other formats of entertainment such as gaming, podcasts and video. Hence, creative brands are increasingly adopting the strategy of merging different areas of media into a single wide-ranging artistic experience. The crossover between gaming and music was crystallised with the Fortnite x Marshmallow in-game musical concert which was attended by over 10.7 million virtual viewers on the gaming platform itself- the attendance raced past 27 million when including viewers on streaming platforms such as Twitch. 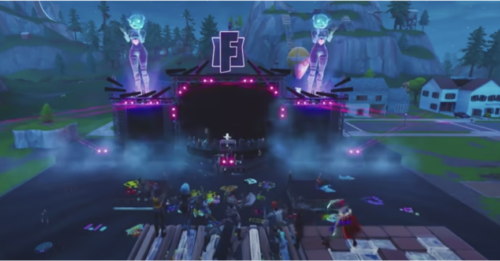 Other examples of creative fusion include the role artist-owned fashion houses play in the construction of an artist’s brand. Consider Rihanna’s Fenti which now attracts the attention of her loyal fan base as much as her music. New music brands are eager to jump on this trend of diversification with creative houses such as Thrice Cooked Media running a music management, film production and artist fund under one roof.

As Western music markets become saturated and internet coverage expands to the most rural corners of the world, the next big opportunity in streaming markets will emerge in Asia, Africa and Latin America – places that are culturally detached from the music capital of Los Angeles. As a result, the music industry will need to focus on regional talent that appeals to its new listeners, bringing in diverse faces, instruments and tunes which will enrich the creative fabric. Further, ‘Big Music’ will need to rethink its brand proposition and pricing strategies, exploring low data streaming plans and local marketing customs that suit emerging markets. 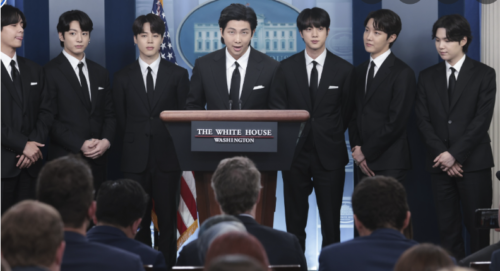 In many ways, this geographical repositioning of the industry has been foreshadowed by the growing popularity of Latin music, and even more so by the meteoric rise of K-pop. Intriguingly, these genres have shattered the language barrier, with popular artists such as South Korea’s BTS raking in billions of views on YouTube and selling out stadiums across the globe. In fact, BTS is now only second to Drake in international music sales. The multi-billion dollar business opportunities created by the transformation of K-Pop into a global phenomenon indicate the vast untapped potential of regional music that record labels and streaming services will soon need to hunt for.

Overall, the music industry is undergoing a seismic shift induced by a range of technological, cultural and economic changes that will redefine content creation and music consumption. As the scales of power in the industry shifts towards the artists, legacy labels and streaming services will need to rethink their role in the business of music, with those brave enough to embrace change likely to profit enormously in the decades to come.