The 21st century has seen the emergence of a new type of shareholder deemed the activist investor. These individuals and institutions have had a profound impact on how markets and corporations interact. An activist investor makes a substantial minority investment into the common stock of a company to enact some sort of change. Generally, this change involves influencing the company’s management to increase shareholder value and thus appreciate their stake in the company. Before investing, the activist will identify the sources of a firm’s ‘chronic underperformance’ and suggest a series of strategic interventions to enact change. The activist seeks to create a catalyst to increase shareholder value and generally these catalysts can fall into one of two categories. Firstly, is the corporate strategy and operations of a company, with the investor demanding changes ranging from capital allocation to governance structure. The second form includes more financial driven changes including special dividends and share buybacks. 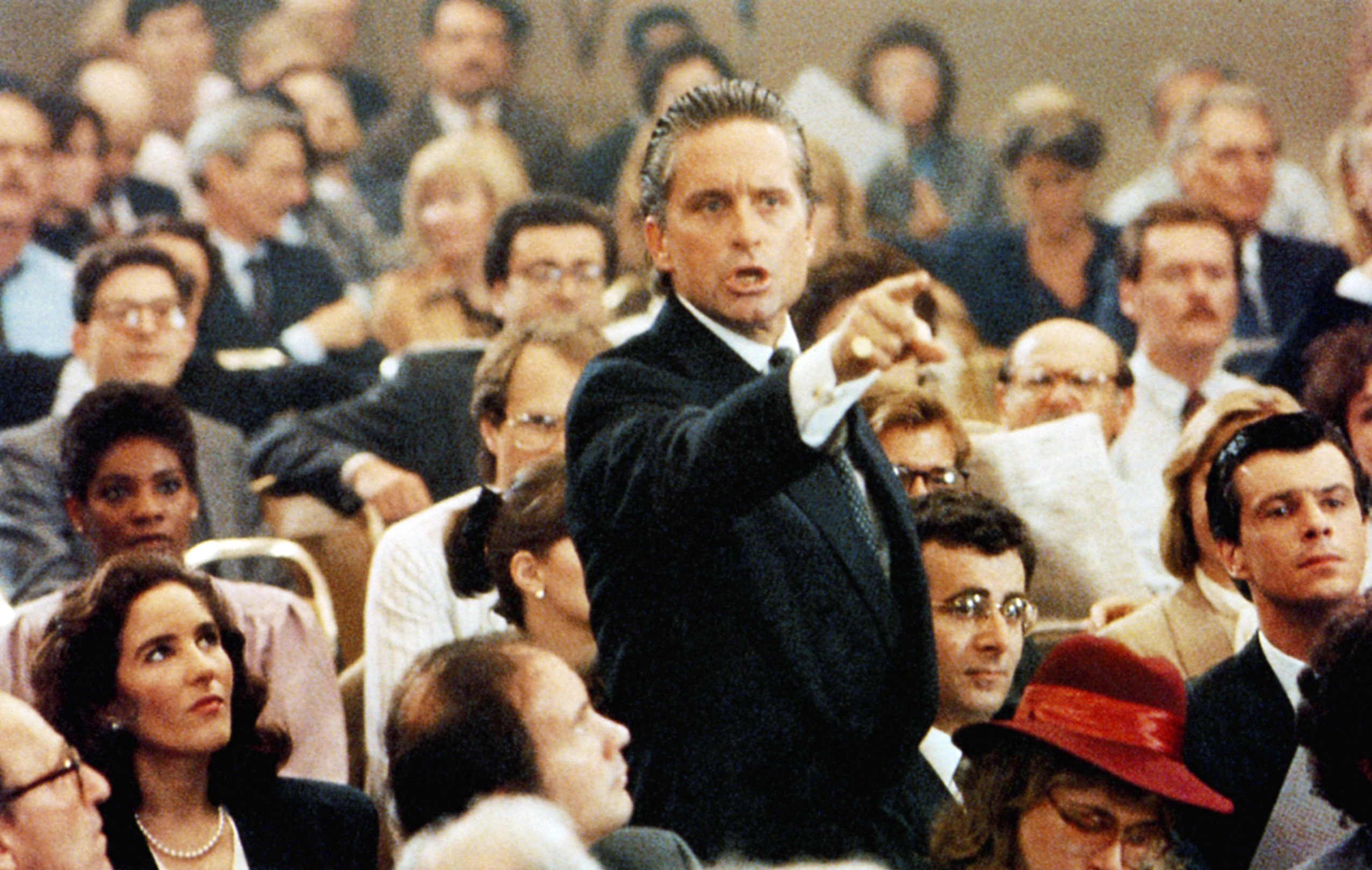 An investor will only set out on this journey when they perceive the stock price to be significantly lower than the company’s true potential. The changes they see fit are implemented with the goal of capital appreciation.

Under 13D of the 1934 Exchange Act, investors who acquire more than 5% of any class of a company’s securities must specify their reasons for acquiring this stake. This gives investors a chance to express their concerns regarding the company and propose an agenda for implementation. A study conducted by Brav et al. looking at over 1,000 unique activist events found that 41% of the time activists achieved success in implementing their suggestions. Moreover, the study highlighted an increase in return on assets and operating profit margins for firms that were targeted by activists. However, some individuals are sceptical about the implications of activist investors, critiquing the short-term nature and excessive value placed on financial metrics. Rather, governing boards should more clearly define their strategic focus by analysing their business as an activist would.

Undoubtedly, the most prominent headline about activist investing in 2022 has been Elon Musk’s $44 billion acquisition of Twitter. Backed by financing from the likes of Morgan Stanley and Sequoia Capital, Larry Page and other prominent venture capitalists, as well as a margin loan on his own Tesla stock, Musk is attempting, thus far successfully, to convert Twitter into a private company. Unsurprisingly, Musk’s hostile takeover bid was met with stiff initial opposition from Twitter’s upper echelons, with the company’s board vowing to adopt a ‘poison pill’ strategy to resist the takeover. Those plans, however, soon proved to be futile and Twitter is now poised to begin a new chapter where its brand is inextricably linked with a flamboyant billionaire renowned for innovation and transformation, but also management ‘moon-shots’.

Like most recent news originating from the US, the acquisition of Twitter is in part driven by culture war themes, as a core aim of Elon’s takeover is purported to be defending free speech on the platform- this aims the recent crackdown on misinformation and hate speech by social media companies, including de-platforming of prominent individuals. However, the very act of taking the “online public square” public has left many concerned about the outsized influence of social media jittery.

However, Musk has also begun to elaborate on some of his business plans for Twitter, starting with his belief that the stagnant social media firm could quintuple its revenue by 2026 through the expansion of its existing subscription product, Twitter Blue, and the launch of a new product named X which, in typical Musk fashion, is a mystery, albeit with very ambitious growth projections. Many are sceptical about the growth Musk is promising, particularly given Twitter’s sluggish recent expansion, while some are also concerned that his efforts to scale back content moderation could lead to some users abandoning the platform. Further, backlash would be inevitable if rumours of mass layoffs at Twitter materialise following Musk’s takeover, potentially impacting the firm’s brand. However, Musk is not without plenty of past and current business successes to point to in response to criticism. Tesla’s growth, in terms of both market capitalisation and revenue, has dwarfed that of other major players in the automobile and technology industries, while names such as PayPal and SpaceX serve as other examples of the ventures that created the world’s largest fortune.

Across the Pacific, another tech mogul- Mike Cannon Brookes- is gaining attention for his attempt to block the proposed demerger of AGL Australia into separate firms focused on coal power generation and retail energy products. The Atlassian co-founder has lambasted the demerger plan as “globally irresponsible” in the context of climate change, due to the life of coal power stations being extended well past 2040, while also risking “a terrible outcome” for shareholders and Australian taxpayers. 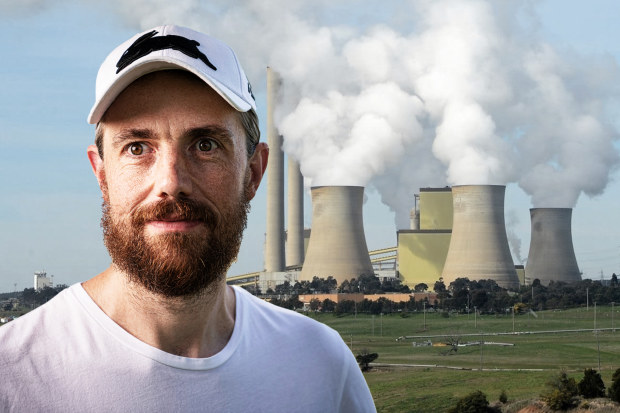 To vote down the demerger plan at the June 15th shareholder meeting, Cannon Brookes is rushing to expand his stake in AGL, by entering into several complex derivative transactions involving the US Investment Banking giant JPMorgan. This involved a total return swap amounting to 2.84% of AGL shares, enabling the tech billionaire to purchase an ‘economic interest’ in the AGL shares from JPMorgan. Cannon Brookes could convert this derivative bet to actual shares with voting power within a given timeframe to actualise his vision of blocking the demerger. Secondly, the billionaire has utilised an equity collar loan to obtain an interest in 56.78 million shares, representing 8.44% of AGL’s total shares. A collar loan allows Cannon Brookes to receive financing from JPMorgan to expand his stake in AGL, but with option arrangements which ensures that the investment bank is protected from any decline in the underlying share prices. As a result, the investor can purchase up to $489 million worth of shares for just over $50 million of his funds, with the remainder being financed by JPMorgan.

While the clever use of derivatives and leverage has rapidly increased Cannon Brookes’ exposure to AGL, he is yet to convert the agreements to actual shares which yield voting power. While the plans allow him to increase his share of control to just over 11%, he will likely have to convince other shareholders to join him in his green energy mission to block the demerger plan. The task of convincing a large number of retail investors to side with him, while challenging, is entirely plausible in the era of conscious investing.

What does the future of activist investing look like?

At the root of activist investment is the goal to improve certain aspects of the company to make it more valuable. However, while it was traditionally focused on increasing the value through changes in rudimentary corporate aspects like finances or strategic development, today, it is often combined with an effort to refine its social values and environmental impact. This has led to a belief that the trend of “ethical activism investment” will continue to grow, and more investors will seek an opportunity to make companies more responsible and transparent in their business processes.

Activist investment has been seen by traditional investors as a controversial topic due to the nature of imported agendas and interference in established systems. The main concern in such cases is that influence on the working mechanism can lead to disruption of active processes and a decrease in the company’s value, and Elon Musk’s aim to purchase Twitter is an example of such. Another concern that was brought by ethical activism is how improvement in moral principles will affect the fundamental processes that are believed to be “globally irresponsible.” For example, AGL Australia’s plans to guarantee the future wellbeing of their coal business go against social and environmental interests, in particular Australia’s goal to reach net-zero carbon emissions by 2050.

With that said, public concerns and financial interests are not mutually exclusive, rather, they can assist each other to achieve a ‘win-win’ scenario. Many investors are now carefully examining the potential of this new trend and evaluating the costs and benefits of such crusades. In this new era of investing, we can now expect to see much more rigorous attempts by companies to achieve environmental and social targets, spurred on by a horde of activist investors ready to pounce should they falter.

I am a second year Bachelor of Commerce student majoring in Economics and Finance. I am passionate about following and analysing economic events and policies on both a domestic and international level, researching the impact that these affairs have on individual welfare and financial markets.

I am a second year commerce student majoring in Economics and Finance. My interests lie in the fields of public policy, macroeconomics, and venture capital. I am looking forward to the semester ahead of producing academic articles for Cainz.