The beginning of the war between Ukraine and Russia on February 24th, 2022, has unleashed untold horrors on the citizens of Ukraine, with ceaseless reports of Russian war crimes conducted in captured Ukrainian cities. The war carries global economic ramifications with it, disrupting the supply chain of key commodities.

As both countries supply numerous products to the world market, the ongoing conflict has suspended much of their export opportunities. Sanctions put on Russia after the unprovoked attack resulted in many countries refusing to purchase their products. The Russian government has applied measures ranging from restricting the use of foreign banks for their citizens to limiting access to their derivatives market for foreigners, and crucially, restraining the imports and exports of some products and raw materials. 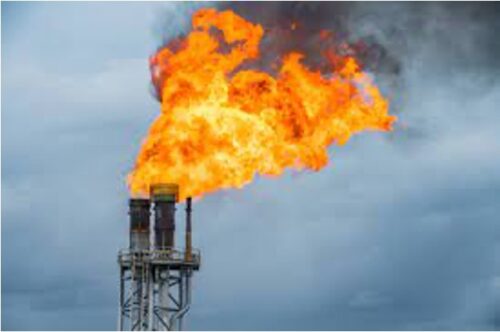 One of the main instruments in this trade war is their fossil fuels. Being the largest natural gas exporter with the largest proven reserves and the second-largest crude oil exporter gives Russia a strong hand in the worldwide energy market. This allows them to exert significant influence over other nations and pushes their main importers to turn a blind eye to many of their aggressive foreign policies. With Russia’s brazen and unprovoked attack on Ukraine, many Western countries have begun questioning their dependency on Russian energy supplies and attempting to get out of the restraints that relying on Russian energy puts on them.

Meanwhile, Ukraine is struggling to produce and export many of its goods due to the ongoing military conflict in their territory. Unable to use the seaports that are vital for the sea shipments, bottlenecks in their railroad system, and a halt in farming and factory production have resulted in a severe decline in their exports since the outset of the war. One Ukrainian commodity that concerns much of the world is wheat and its subproduct. As the world’s third-largest wheat exporter and with a large portion of their wheat exports going to developing countries like Turkey, Egypt, and Indonesia, the wheat deficit and consequential food shortage are expected to negatively affect millions of people.

How has the world responded to fossil fuel shortages?

As loosening pandemic restrictions turbocharged the global economy during the latter half of 2021, worldwide demand for petroleum and other commodity products began to outstrip supply, which was held back by weakened supply chains and a coordinated attempt to limit production by OPEC+ nations. Hence, by the turn of 2022, commodity prices were already spiralling up, creating a wide range of inflationary pressures experienced by consumers across the world.

Then came Putin’s invasion of Ukraine. Beyond its catastrophic human cost, the uncertainty created by the invasion rattled energy markets, primarily due to Russia’s position as the world’s largest exporter of gas, and the second-largest exporter of oil, causing oil prices to spike as high as $137/barrel. Moreover, the spill-over effects of the West’s response to Russian aggression, an onslaught of sanctions designed to paralyse the Russian economy and its trading capacities, have intensified the global energy price shock. While most European countries, the biggest customers of Russian energy, have been hesitant to directly target Russian oil in their sanctions, other restrictions such as freezing Russian foreign currency reserves and the expulsion of Russian banks from the SWIFT payment system, have made trading difficult nonetheless. Germany has also paused the development of its Nord Stream 2 Gas project with Russia, and the EU has pledged to cut dependence on Russian oil by two-thirds by the end of the year. This is a dramatic move by the bloc, which imports over a quarter of its crude oil and nearly 45% of its gas supply from Russia. However, other nations which are less dependent on Russian oil have taken even more aggressive steps, with the US introducing an embargo on March 8th, closely followed by the UK which plans to completely phase out Russian fossil fuel by the end of the year. These measures have upended markets, contributing to skyrocketing energy prices which are threatening the economic recovery from the pandemic. 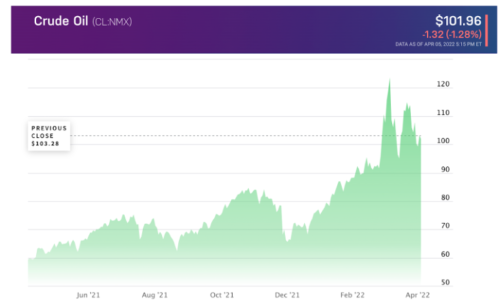 Simultaneously, Russia’s new status as a global pariah is leading to Big Oil reconsidering its investments in the former Soviet nation. The likes of BP, Exxon and Shell who continued operations in Russia following the imposition of Western sanctions on Moscow during the 2014 annexation of Crimea, are now rushing for the exit, recognizing the risks associated with involvement in Russia at a time of immense global outrage directed at the Kremlin; with BP recently announcing its intention to sell its stake in Rosneft, Russia’s national oil company and Exxon declaring the end of its joint ventures in Russia and pledging to halt the purchase of Russian oil on the spot market. Furthermore, most refiners and shippers are also distancing themselves from Russian oil, with some “self-sanctioning” in fear of potential backlash. Moreover, tanker rates have dramatically increased as uncertainty regarding payment mechanisms is making shipping companies wary of handling Russian oil. There are also grassroots efforts to shift away from Russian products, ranging from consumer and investor-led boycotts to reports of dockworkers refusing to unload Russian barrels.

However, the main challenge with the abandonment of Russian energy is the lack of replacement sellers. While International Energy Agency (IEA) member nations, led by the US, have touted a plan to release 60mn barrels of oil from their strategic reserves, it would only replace around 12 days of Russian oil. While this has created the opportunity for US shale producers to renege on their former pledges to not increase drilling, it would take months, if not years, for producers such as Devon and Pioneer to increase shale output to levels that can completely substitute Russian imports. Renewable energy production- a viable long-term solution- is unlikely to provide any relief in the immediate term either. As a result, there is an obvious gap in the supply of energy which is driving up the prices and causing almost universal ‘pain at the pump’. Many countries, developing nations in particular, are struggling to finance imports of commodities at high prices, leading to severe shortages of fuel and other essential goods which could spark political instability.

The sheer magnitude of the complications posed by the oil price hike is more than visible from the West’s scramble to expand supply by reaching out to former foes; reports include a shift in US President Joe Biden’s attitude towards Saudi Arabia, as well as the White House contemplating potential deals with Iran and Venezuela which would have been almost unthinkable few months back. Yet, it is becoming increasingly clear that the likes of Mohammed Bin Salman, Crown Prince of Saudi Arabia, are unsympathetic to the West’s challenges, and more interested in benefiting from the record revenues flowing from high oil prices. Recently, OPEC+ rejected calls to expand production, maintaining output near the modest 400,000 barrels per day mark, signalling that high prices would persist at least in the near future.

What other commodities are affected?

The implications of the Russian-Ukrainian war have extended beyond gas inflationary pressure, with the war threatening a global food supply shortage. The supply of wheat has suffered tremendously as a result of the evolving conflict between Ukraine and Russia. Prices of wheat have skyrocketed since the conflict commenced, rising by over 20%. Whilst the war hasn’t been the only contributing factor to rising prices, with the pandemic and high shipping and energy prices in the mirror, it has played a significant enough role.

About a third of the global supply of wheat and other grains comes from regions in Ukraine and Russia. Currently, we are in the midst of the spring planting season in Eastern Europe. However, Ukrainian farmers are missing out on this critical planting phase due to several factors. Firstly, Ukrainians are fleeing the country restricting the labour supply. Moreover, a large portion of harvesting land is at risk of becoming a warzone. Lastly, rising fertilizer prices have made planting financially impractical. The combination of these factors has caused a supply-side shortage triggering price rises. 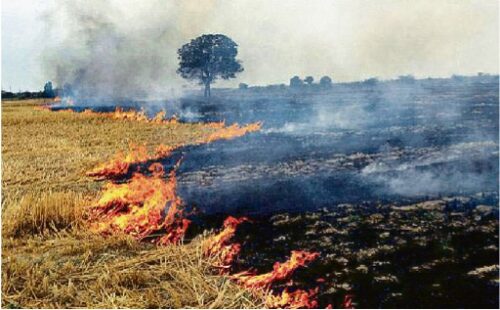 Putin has also weaponized the supply of wheat by establishing an export ban. In what has been argued as a means of protecting domestic food markets, grain exports to member-states of the EU have been severely limited by Moscow, further constraining the supply of wheat. With the Russian Navy having established a blockade on the Black Sea, a key trade route for transporting wheat between nations, over 200 ships, most with grain, have been held up.

The countries most at risk of this shortage are those experiencing economic disparity as governments cannot secure food reserves for their people. Richer nations have the money supply to bid up prices and secure food for their citizens, whilst more impoverished ones are not in the position to do so. Countries such as Mongolia and Armenia, which almost solely rely on Ukraine to supply their grain reserves, are in a very vulnerable position due to high global competition. Additionally, due to rising prices providing government subsidies for loaves of bread as many governments do is becoming more and more impractical, further risking populations. Inflationary pressure has begun to stir citizens causing civil unrest in Africa as families worry about how they will secure their next meal.

The repercussions of the Russia-Ukraine conflict have been felt across the globe. As the world begins to open and demand is returning closer to pre-pandemic levels, prices are on the rise putting several communities at risk. Supply chains have been unable to cope with this rising demand creating bottlenecks at multiple stages.

I am a second year Bachelor of Commerce student majoring in Economics and Finance. I am passionate about following and analysing economic events and policies on both a domestic and international level, researching the impact that these affairs have on individual welfare and financial markets.

I am a second year commerce student majoring in Economics and Finance. My interests lie in the fields of public policy, macroeconomics, and venture capital. I am looking forward to the semester ahead of producing academic articles for Cainz.