The Economic Miracle of Singapore

In less than half a century, the city-state of Singapore developed from an impoverished third-world nation to a first-world economic powerhouse. This transformation is primarily due to its adherence to two fundamental tenets. The first of these tenets is recognising the importance of trust. Such trust manifests in how Singaporeans regard each other, the faith the citizenry bestows upon the government, and crucially, the confidence foreign investors have in Singapore. The second tenet is the importance of providing value and service to others. Singaporeans recognise this principle in many areas of public life as it pervades the milieu they inhabit. But it is the synergistic combination of these two principles that makes Singapore what it is today.

The most direct answer to the question of what contributes most to the wealth of Singapore is foreign investment. Foreign companies trading and doing business in Singapore comprises over 70% of its annual output. And the export of goods and services accounts for around 176% of annual GDP. When one stands by the Marina Bay and gazes at the Singaporean skyline, one will quickly notice familiar names such as UBS, Citi, ANZ, and HSBC. Prominent businesses in the finance, shipping, and oil industries converged on the city-state to provide the necessary services for the countless multinational corporations (MNCs) which settled in Singapore. These firms set up shop in Singapore not primarily to serve the relatively small Singaporean domestic economy but to use Singapore as a hub for their operations in all Southeast Asia. 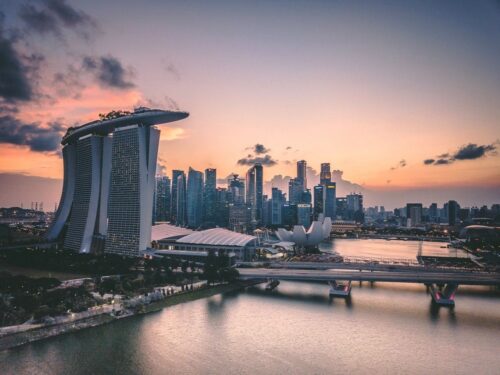 One aspect of Singapore that appeals to foreign investors is its highly educated and English-speaking population. From a young age, Singaporeans enter a competitive education system that is regarded by many as the most successful in the world. In 2019, the Program for International Students Assessment ranked Singapore as second in mathematics, science and reading globally. And when International Baccalaureate (IB) results come out each year, observers from around the world cannot help but turn their heads toward Singapore. Last year, Singaporean students achieved an average of 40.5 out of 45, surpassing the global average of 32.37. Further, early on after independence in the 1960s, the Singaporean government made English an official language. They recognised the benefits of having a population that can converse in the language of international commerce.

The Singaporean government invests heavily in building world-class infrastructure to make Singapore valuable to outsiders. Each year, the country invests around 5% of its GDP in infrastructure. These economic investments accentuate its endowments, for instance, its strategic location at the southern tip of the Malay peninsula – a crucial shipping route between the Suez Canal and the Asia-Pacific region. Hence, the government developed world-class shipping facilities, making Singapore the busiest port globally. Singapore also recognised that while it does not have enough reserves to be a competitive oil producer, it could serve as a middleman. Hence, Singapore has one of the world’s largest oil refineries in a convenient location to ship off finished products to foreign customers. While Singapore does not have sufficient landmass to become a major tourist destination, it is a convenient stopover location for travellers from Australia, China, India, Japan, and the Middle East. Accordingly, Skytrax has ranked Singapore Airlines as the top airline globally. Likewise, the Singapore Changi Airport is not only among the busiest but is also widely regarded as one of the best international airports. 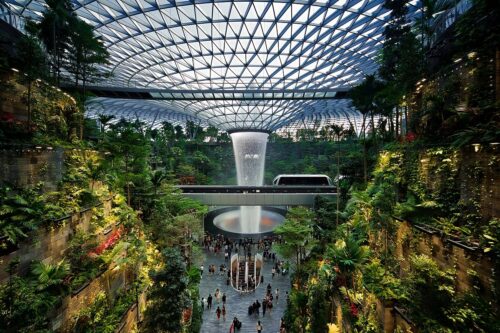 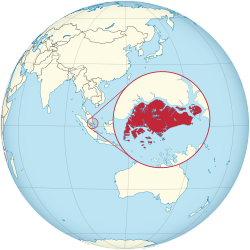 According to the former US Secretary of State George Shultz, “trust is the coin of the realm. When trust was in the room, good things happened.” Foreign companies invest in Singapore primarily because Singapore is a stable and reliable nation. These firms recognise Singapore as a safe haven for investments and valuable equipment. They understand that Singapore is a parliamentary democracy that regards the rule of law not just as an ideal but abides by it in practice. Foreign companies investing in countries they deem not so reliable often require the local governments to fund a substantive portion of the investments – which is not the case in Singapore. In 2007, ExxonMobil invested US$5 billion of its own money to build a new petrochemical complex. And in 2019, the company committed billions more dollars toward upgrading its facilities in the country.

Another crucial factor for domestic stability is the mitigation of tensions that could emerge along racial, cultural, religious, or political fault lines. These tensions contribute to mistrust among the citizenry, which leads to a less harmonious, safe, and productive society. To illustrate, consider that three-quarters of US Republicans believe that the Democratic Party stole the 2020 presidential election and that Joe Biden is not a legitimate president. Such mistrust leads to the gratuitous politicisation of issues, even those related to public health. Indeed, according to data from the US CDC, voting patterns in the 2020 US presidential election predict vaccination rates more effectively than race, education, and virtually every other demographic factor.

Upon becoming independent from Britain, Singapore’s founding Prime Minister Lee Kuan Yew expressed his vision of Singapore as a “multiracial meritocracy” – a society where “everybody will have his place: equal; language, culture, religion”. Singapore’s ethnic makeup is approximately three-quarters Chinese, 13% Malay and 9% Indian. Around 85% of Singaporeans are religious, comprising Christians, Buddhists, Taoists, and Muslims. Lee averred that the test of whether people were race-blind would occur during a crisis when one’s life and the lives of one’s family are at stake. Substantial (some would say intrusive) government intervention has been the primary means to shift society toward this ideal.

Singapore is regarded as a nation of homeowners even though 85% of Singaporeans live in public housing. The government builds housing estates and sells these flats to Singaporeans with generous subsidies. But the most controversial aspect of this policy is the racial quota – each housing estate must have a particular racial composition. While adult immigrants may have trouble integrating into Singapore’s multicultural milieu, having families of different cultures and ethnicities living near each other ensures their children go to school together. And at school, the children will grow up alongside and become familiar with their classmates of different races. Over time, they learn to feel at one with people who look and behave differently and recognise that they are Singaporeans first and foremost. 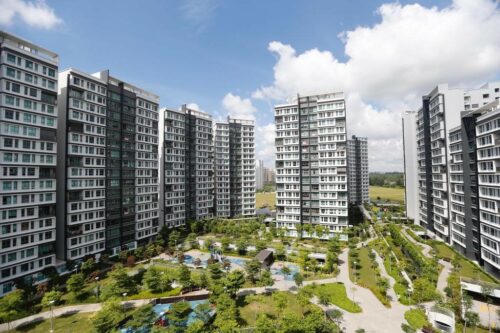 Perhaps more controversial is the policy of compulsory National Service (NS). The government mandates that all male Singaporean citizens serve for two years in the armed forces. This commitment helps to keep Singapore safe from larger and potentially hostile neighbours. While neighbouring countries may not directly invade Singapore, they could harass and disrupt Singapore’s operations, e.g., blockading the city-state. Hence, Singapore spends around 3% of its annual GDP on maintaining a world-class military. Singapore has more fighter aircraft than Sweden, Canada, and The Netherlands. Given its small population, NS ensures that Singapore has a sufficient number of soldiers to defend the country if necessary. Singapore’s commitment to maintaining a powerful military is a message to the outside world, especially investors, that it can and will protect its interests. 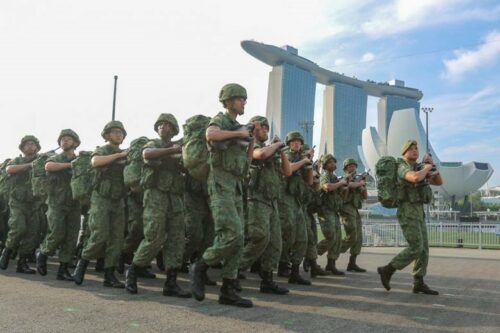 Before the advent of long-range aircraft, travellers from North America to Australia would stopover in Fiji. But ever since, the strategic relevance of Fiji has diminished. And today, for many, the country is at most a destination for a cheap tropical holiday. Singapore has been much more fortunate geographically than Fiji. But given there are vast swaths of Malaysia and Indonesia adjacent to Singapore, it is undeniable that Singapore has taken advantage of its endowments more effectively. And over the years, the Singaporean government has cultivated a tolerant and well-educated population, developed a legal system that protects property and enforces contracts, built world-class infrastructure, and established a competent defence force.

Early on, the Singaporean government made considerable efforts to demonstrate its value to and gain the trust of outsiders. Foreign investment helped drive the unemployment rate from 14% in 1959 to 4.5% in 1980 and further down to 2.5% today. At its core, Singapore has succeeded by commanding the confidence of larger and more powerful global players as a middleman; an intricate network of relationships built upon trust keeps the economic miracle alive. Singapore’s founding Prime Minister Lee Kuan Yew understood the delicacy of this state of affairs and warned that “if you destroy [Singapore], you may never rebuild it.”

I am a second-year Bachelor of Commerce student majoring in economics and finance and work part-time as a maths tutor. My interests include history, geopolitics, as well as both micro and macroeconomics. I hope to make substantive contributions to the publication and expand my intellectual horizons while working alongside my fellow writers.

What is AUKUS, and why does it matter?

The Economic Miracle of Singapore