What is SWIFT and why is it important?

As Russia began its invasion of Ukraine on the 24th of February, confirming weeks of speculation and fears, the response from NATO and other allies has been carefully calculated. Ukraine has been provided with humanitarian and military aid to combat the advancing forces and sanctions against Russian industries and oligarchs have continued to pile on. However, the NATO nations have also been cautious to not take any measures that could perhaps magnify the scale of the war or severely damage their own economies. It was in this backdrop that the debate on whether Russian banks should be excluded from the SWIFT international payment system came to the forefront of political discourse.

An abbreviation for the Society for Worldwide Interbank Financial Telecommunication, SWIFT is an international network used by over 11000 financial institutions to ensure secure communication of payment requests and fund transactions. Handling over 40 million of such messages a day, among institutions across 200 countries, it plays a key role in ensuring the smooth transfer of finances across the globe.

Based in Belgium, SWIFT was established in 1973 to replace the telex system and was jointly created by American and European banks to avoid the possibility of a single institution gaining monopoly power by designing its own system. The National of Belgium, in conjunction with several other major central banks across the world, oversee the running of the system.

What sanctions have already been placed?

With around 300 Russian financial institutions registered with SWIFT, Russia is the second largest user of the network and ban from the system would be disastrous for the nation’s economy. The network plays a key role in handling fund transfers in and out of Russia, particularly transactions related to Russian exports such as natural gas and oil. While there has been vocal support to excluding Russian banks from SWIFT, especially from the US and UK, the Euro zone has been hesitant to follow stead. Russia remains the European Union’s largest supplier of oil and natural gas and disruption to the supply chain will likely have a damaging impact on economies across mainland Europe.

When the decision to finally exclude Russian institutions from SWIFT was made, it was announced that the banks processing most of the payments for Russian energy exports will not be removed from the system. While some major banks such as VTB and Bank Otkritie were suspended from the network, the country’s largest lending institution, Sberbank as well as Gazprombank were allowed to continue their SWIFT operations.

The reaction to the decision has been mixed with some viewing it as the viable option given already soaring energy prices. Yet, many world leaders and critics have been quick to point out that the decision seems half-hearted and insufficient to dissuade the Russian aggression. For instance, the Polish Prime Minister, Mateusz Morawiecki announced that the decision to leave out Sberbank and Gazprombank was unacceptable, calling for the sanctioning of all Russian banks and financial institutions. 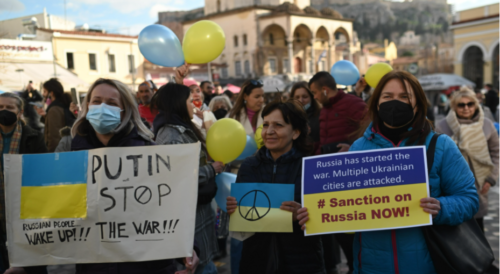 What is the effect of a full suspension from SWIFT?

Despite the removal of some Russian based banks from SWIFT, the continued demands for a blanket ban on Russian institutions coupled with continued Russian aggression in Ukraine, it remains conceivable that the international community may reconsider its stance on the partial ban.

The complete suspension of country’s access to SWIFT will further delay and derail the country’s ability to make payments for its imports, disrupting the supply channels many businesses tend to rely on. However, there is no doubt that the harshest of the complications will be felt by export sector as payments from major buyers such as euro zone are interrupted. For instance, when Iran was excluded from the system in 2012 due to its nuclear program, the country’s revenue from the oil industry fell by almost 50% while 30% of foreign trade was wiped out. Hence, it is plausible that some transactions may become cancelled outright, depleting foreign proceeds and ultimately reducing the Russian government’s revenue. Other transactions may require banks to directly contact each other increasing operational costs and time delays. Former Russian Finance minister, Alexi Kudrin had previously estimated that an expulsion from SWIFT could lead to a contraction of the economy by up to 5% while Sergey Aleksashenko, a former deputy chairman of Russia’s Central Bank had stated that “half of the consumer markets will be disappear’’

In response to the threat of being completely excluded from the SWIFT network, Russia is likely to become increasingly reliable on its own alternative system SPFS or transfer payments via countries that haven’t placed sanctions. However, the alternative system is much smaller and neither of these options are likely to be as efficient as the SWIFT network. Consequently, while some damage to the economy may be mitigated, it is probable that the country’s financial system will suffer heavily.

Therefore, SWIFT remains a powerful tool that could perhaps be used to curb the Russian aggression. Although the attitude towards a total ban of Russian institutions is not completely supportive as of now, it may still be viewed as a last resort by the rest of the global community.

What is SWIFT and why is it important?